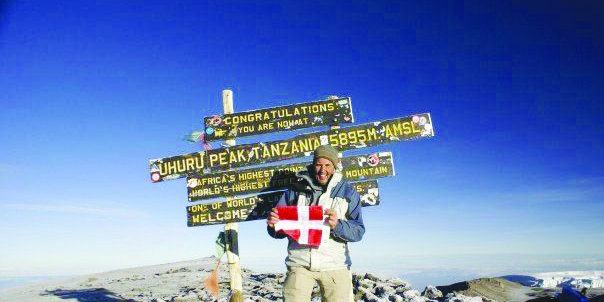 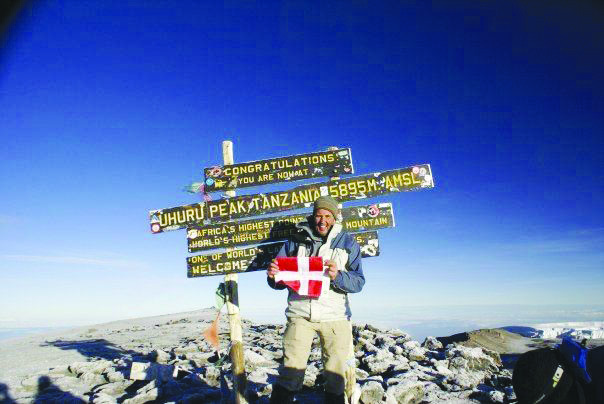 “I always get my best ideas when I’m hiking,” said Bruce Bro, seasoned climber and new board member of The Danish Home Foundation. One in particular came to him on a trek in early spring: hike the 500-mile Colorado Trail as a “Hike for Danish America” fundraiser benefiting Danish-American organizations across the country.

Beginning June 29th, the third generation American, whose grandparents hailed from Aalborg and West Jutland, Denmark, will set out on a six-week solo hike from Waterton Canyon southwest of Denver to Durango. He hopes to hike about 12 miles per day with 30 pounds of weight on his back.

Growing up in Iowa on his family’s farm, Bruce didn’t have a lot of hiking opportunities. “Iowa isn’t exactly a hiking hotspot,” quipped Bruce, who has always had a fascination with the mountains and fell in love with Colorado the first time he visited the state.

A zealous mountaineer who has traversed the Grand Canyon from rim to rim, reached Mt. Everest’s base camp, climbed Mt. Kilimanjaro and the highest peaks in the U.S., Bruce is equally captivated by his Danish heritage.

“It’s important to hang on to culture,” said Bruce, who is keenly interested in how his ancestors lived in Denmark, why they came to the U.S. (his came for better economic opportunities), what they were thinking and going through at the time. “It gives me a better sense of my own identity.”

Part of Bruce’s identity for the past several years has been as an active volunteer with various Danish-American organizations. These include The Danish Home Foundation and The Danish Home of Chicago, where he is a friend to both residents and staff.

As vice president of the Arizona chapter of the Rebild National Park Society, Bruce was busy planning its annual meeting (which was to be in Phoenix this year near his current home) when COVID-19 reached pandemic proportions. The Rebild meeting and many other Danish-American organization’s events were postponed or canceled.

“I was also going to take some cousins to Denmark this year,” said Bruce, who has several from 19 aunts and uncles. One of them, Reed Bro, will be his main supply and moral support as he reaches various points along the trail.

While the virus has changed life dramatically for nearly everyone, it didn’t squelch Bruce’s adventurous and charitable spirit. “I didn’t mind staying at home, but I knew I could hike.” Combining his quest to scale mountainous terrain with a desire to serve Danish America seemed like a natural fit.

While Bruce is out hiking 13,271 feet above sea level over the next two months, people can journey along through his photos and social media posts on www.danishamerica.org. Residents and staff at The Danish Home will be tracking the laps they do in the garden this summer compared with Bruce’s mileage. Followers of his trek can also pledge per each mile he hikes or commit a fixed amount to his entire journey.

“Many people are already excited for this,” said Bruce, who wants donors to know that 100 percent of their gifts will go to their respective organizations, and any not-for-profit Danish-American entity is an eligible beneficiary.

With the long trek just a few short weeks away, Bruce is preparing by hiking in Flagstaff, AZ, which has similar temperatures and elevation to the Colorado Trail. Beforehand, he was hiking at 2:00 or 3:00 in the morning to beat the heat in his part of Arizona.

“God blessed me with good health,” said the 62-year-old, who has never undertaken a hike of this magnitude before. His only concern is suffering an injury that would prevent him from completing the journey.

“I’ve always wanted to hike the Colorado Trail, and I want to do the whole thing.”

Donors to “The Hike for Danish America” can pledge per mile or a fixed amount to the Danish-American organization of their choice on Bruce Bro’s National Foundation for Danish America website at danishamerica.org/event-3819482.